OEA members say education funding and class sizes are the top two issues they would like to see candidates embrace during the 2020 election cycle.

In November, nearly 1,000 OEA members took an online survey about the 2020 election, rating a variety of education issues on a scale of 1 to 5, with 5 being most important.

The survey was designed to help OEA leaders identify the top issues members believe will be at play in next year’s general election, when all 101 state representatives and half of the state’s 48 senators will be on the ballot.

The survey is one part of OEA’s 2020 election campaign, called “Education Is on the Ballot: Strong Oklahoma Schools Start with Your Vote.” The goal of the campaign is to arm members with research and data related to key election issues.

All four of the Together We’re Stronger Goals made the top 10.

Education funding was at the top of the list with a score of 4.89 out of 5. Lawmakers added $50 million to education funding because of the walkout in 2018, and last year another $75 million was added to the formula.

Teacher pay made the most progress in 2018, with an average pay raise of $6,100 added to the state minimum salary schedule. This year, lawmakers gave districts an average of $1,220 per educator to disburse as they chose.

Support professional pay has been a challenge at the Capitol. The legislature gave support staff a state-mandated $1,250 pay raise because of the 2018 walkout, but did nothing for these employees last year.

A cost-of-living adjustment for retirees has been a frustrating issue for both active and retired OEA members. Lawmakers gave retirees a paltry stipend in 2018 and then put a COLA bill on ice this session. An interim study this fall showed that all public employee retirement systems – including the Oklahoma Teachers’ Retirement System – are healthy enough to fund a COLA.

Starting in January, OEA leaders across the state will receive information about election issues that they can use to education their members, if they so choose. 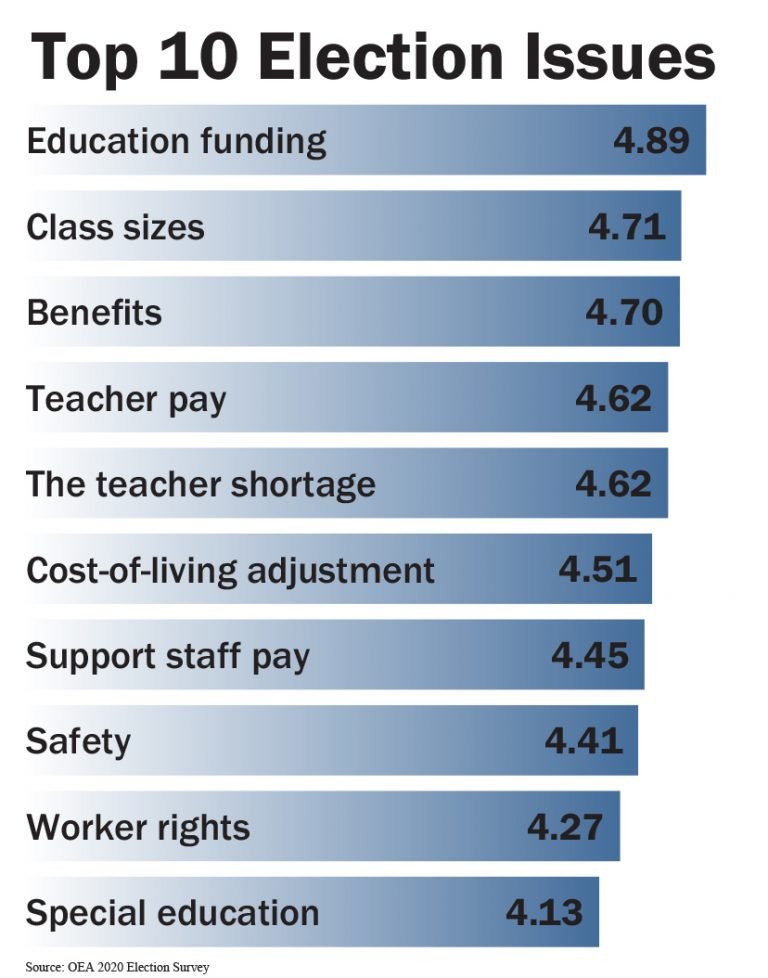